The Hazleton Bloomers started with a few Master Gardeners and other interested people in 2009. 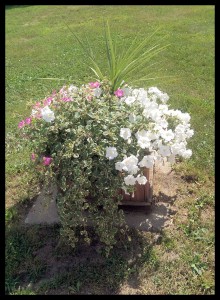 Leslee Vandenburg coined the name Hazleton Bloomers. The first project was to plant the flower boxes around town in spring and put out the Christmas trees in the boxes in November and pick them up again. This has been completed every year since 2009.

Hazel and Joe Kout and the late Loyd Froning were responsible each year for watering the plants after planting. Loyd built a water tank in 2008 and then in 2013 he built a 250 gallon water wagon with a pump on the wagon to make watering easier.

When the Hazleton Veteran’s Park was planned, the Bloomers were responsible for the choice of plants used at the park and their care. 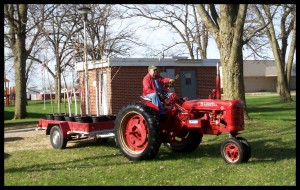 el and Joe are responsible to keep watered. They have helped plant new trees in the city park and wrap the tree trunks for winter.

A community garden was started in 2010 with 8 plots which was used exclusively by adults. In 2015 United Neighbors suggested to open the garden up for youth to plant vegetables. The Bloomers assisted in choosing the varieties of 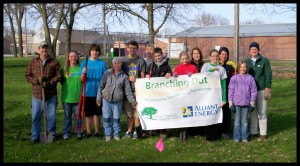 vegetables to plant. They have assisted in planting, weeding and harvesting the vegetables.